Recently, Bing officially made a much-awaited announcement: the release of their new beta, Custom Audiences, set to launch today. This new beta will be familiar to many e-comm marketers as it presents similar tools as Customer Match lists on Google, which was released in Q4 of 2015. Generally speaking, customer audience segments allow you to  … Read more

Before coming to Wheelhouse, I worked in a traditional marketing setting that focused more on project management than data analysis. Those of us in the digital marketing field, specifically paid search, know that performance analysis is the brain of our business and drives our decision-making process. So being able to understand and analyze the cause and  … Read more

One simple question to start us off: what percentage of your sales is transacted offline with no correlation to online marketing activities? Odds are, if you are a B2B company or even B2C, there are a portion of sales that may not be recorded in analytics platforms that were built to monitor the efficacy of  … Read more

We recently talked about how to differentiate branded from non-branded terms, particularly for manufacturers. Oftentimes, the follow up question that retailers have: “Should I be bidding on my trademark term in search? And if so, how much?” While every advertiser’s trademark landscape is different, we advise testing to confirm the incremental return for the costs  … Read more

Marketing and Development: An Age-Old Rivalry “I need a new landing page in two weeks,” says the marketing manager standing in front of your desk in the engineering group at BigCo Inc. “I’m sorry, but that’s just not possible,” you reply as you imagine the week required to design and code new templates in your  … Read more 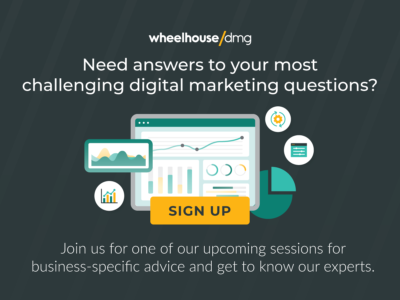