The Story of Wheelhouse 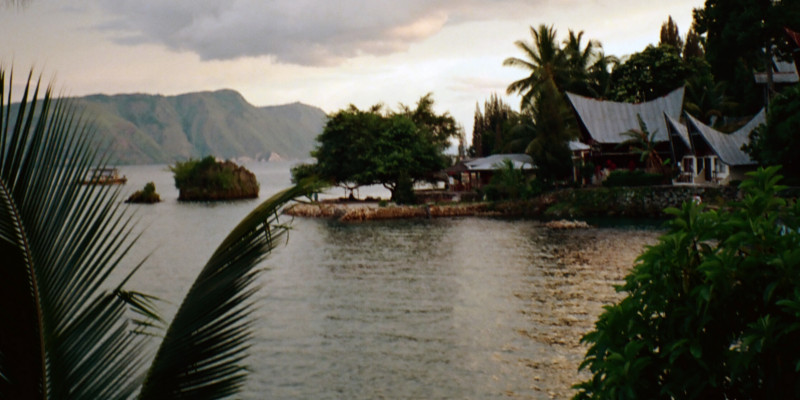 The seeds of Wheelhouse were sown 24 years ago on the banks of the Bohorok River in Sumatra. It was here that I met a recently retired American couple in their mid-50s. For the previous two months, they had been staying in a picturesque guesthouse overlooking the river—reading, writing, hiking, rafting, and paying frequent visits to the Orangutan sanctuary we’d all come to visit (which was just a short hike away.) Their days were blissful—and completely unlike the lifestyle of any retirees I’d known.

The story of how this couple came to be sitting beside a river in the jungles of Sumatra stuck with me and, in many ways, became foundational to the genesis, values, and culture of Wheelhouse.

They were from Indiana and, as they entered their 50s, began to yearn for lives that were freer than their daily workaday lives allowed. They wanted to retire, but couldn’t afford to do it yet—at least not in Indiana. But they kept thinking about it, talking, and playing “what if?”

The couple eventually realized that if they entertained possibilities beyond the pale of conventional wisdom (that they would retire in Indiana and need a large sum of money to do so), they could have a retirement of their dreams—and do it within a year. They had been to Southeast Asia earlier in their lives and loved it—so why not retire there?

And that’s where I met them—beside this river in Sumatra, living like royalty for around $500 per month. They broke with convention and, by doing so, achieved their heart’s desires in a novel and unconventional manner. They didn’t pay a mortgage; they didn’t own a motorhome or travel trailer. They weren’t doing any of the things expected of conventional retirement—but they were deeply, joyfully happy.

I remember having three clear realizations at the time:

I was in Sumatra after purchasing a one-way ticket to Bangkok, Thailand—the first step toward what was to be three years of wanderlust throughout Asia. It was a grandly unconventional move for the first college graduate in my extended family (which I was).

For me, travel was a revelation—what Joseph Campbell called, “following your bliss.” I felt more alive, more joyful, and more actively engaged in the world than ever before. But I also had a nagging sense of anxiety that this experience couldn’t continue—that the most I could do is delay the inevitability of conventional expectations.

So, as I listened to the couple’s story, I felt a sense of hope and elation—a realization that a life built on unconventional choices can be more than just a post-college romp. If you’re willing to pay a price, your path can be

As it turned out, I didn’t make it to three years. I returned to Seattle after just one year abroad. In another unconventional (but wonderful) turn of events, I’d fallen in love with an amazing woman from New Zealand after meeting her on an island off the coast of Malaysia. We became engaged a week after meeting, married four months later on New Zealand’s South Island (a story for another day), and were soon back in the States building our lives together.

As I began my career in 1993, Gordon Gecko’s call of “greed is good” seemed to echo from many corporate boardroom walls. Empire building was in the zeitgeist and Jack Welch, then CEO of GE, was being heralded as America’s greatest CEO. There was fawning coverage of his “rank and yank” method of annually winnowing GE’s employee base by 10 percent. Al Dunlop, one of the business world’s most notable “turnaround CEOs,” seemed to revel in his recently acquired nickname of “Chainsaw Al”—applied to him because of the ruthless and sometimes gleeful manner in which he routinely fired thousands of employees as he “streamlined” (read: dismantled) companies.

My first professional experiences were much different than these. I had the great fortune of beginning my career at McCaw Cellular, a company with strong values and a vibrant entrepreneurial culture. I had the even greater fortune to have Kris Ives as my first boss.

As a person, Kris was the model of kindness, empathy, and joy—and she had a management style to match. Kris sincerely cared for the people who worked for her, and we all knew it. So while Jack Welch ensured excellence through his annual “culling,” I worked on a team that achieved excellence because we felt valued, cared for, and a part of something greater than our own self-interest.

Managerial interactions with Kris—even in the most stressful of circumstances—were steeped in empathy. Despite a challenging, fast-paced work environment, Kris led our team with such kindness and authenticity that she engendered deep loyalty among those who worked for her and with her. Her perennial concerns, apparent in both word and deed, were:

She was also generous. If you produced great work for her and the company, she worked hard to give you everything she could in return. Kris gave me opportunities that, in a very real sense, led to my becoming VP of Sales and Marketing at that company.

Working with Kris was a seminal experience in the formation of Wheelhouse.

Most young professionals begin their working lives in conventional corporate environments. They enter into systems built on assumptions that are deeply established and nearly doctrinal in nature. Although much of the culture at McCaw was an exception, conventional wisdom about business success seemed to be:

While I never encountered this level of mercenary behavior at McCaw, I did work with (and sometimes for) people who clearly believed business to be an inherently adversarial pursuit. I think especially of one executive who parsed client contracts for loopholes and leverage with alarming zeal.

On a more personal level, I remember (with a still palpable sense of frustration and injustice) an executive who, on one hand championed my work to the extent that I received a company award, while on the other making sure I was paid as little as possible for that work.

But I found it instructive that, as strong as those feelings of frustration were, they weren’t nearly as powerful as the affection, motivation, and drive I felt when working for managers like Kris—someone who was generous and kind, who I knew was an advocate for me.

When I had the opportunity to launch my own company, I thought carefully about the values and culture I wanted to foster. I remembered the lessons of that couple in Sumatra and I took the time to wonder, “what if?”

As I pondered this experiment, one real question came to mind: could any company based on such seemingly Pollyanna notions survive, let alone thrive?

I didn’t have an answer at the time, but I also knew that this was the only kind of company I could be happy running.

The storybook version would be that I founded Wheelhouse in 2010 with a fully articulated set of core values at the ready to guide us. But that’s not quite how it happened. Instead, our values were developed over our first couple of years, largely by asking two questions in the face of every opportunity and challenge:

This first question is critical because it places every business transaction—and indeed, every decision—in the context of personal relationships. Business-as-mercenary warfare depends on the dehumanizing abstraction of “company,” and “contract,” and the accepted inertia of organizational dynamics for defensibility. Companies want to “kill” their competitors, “dominate” the market, and “monetize” their customer relationships. Can you imagine a person saying such things about another person? Of course not. Most people try to be kind—and want to be treated the same. Indeed, we teach our children the Golden Rule. Why is it then, that business must be practiced otherwise?

Over time, what began as intuitive behaviors based on a common moral compass were formalized into the Wheelhouse values that guide our behavior and decision-making every day. These values are: Helpfulness, Generosity, Trust, Stewardship, and Joy. Each is critical, but two stand out as having an outsized impact on our behavior:

Helpfulness – We believe that we exist to be helpful to our clients—and that our helpfulness should not be constrained by the terms of a statement of work. In fact, we tell our clients that they should feel free to ask us for help with any digital marketing needs—regardless of whether that need is covered by our contract with them.

Generosity – We’re generous with our time. In the agency world, this means we don’t send “change requests” or surprise invoices for work that is “out of scope”. In fact, we tell our clients that, when considered in context of our commitment to Helpfulness, we’re almost certainly going to end up doing work for which we won’t be directly compensated. (Think I’m crazy yet?) But, we also share our belief in a quid pro quo—that, just as we commit to looking out for our clients’ best interest, we ask them to look out for our best interests.

Just as was true of our Sumatran retirees, there are very real costs associated with running a company that is so strongly driven by its values. And, by “costs,” I don’t just mean that it’s harder to find employees who are a strong cultural fit, or that such a company requires diligent investment of time and resources in culture, or even that such an approach is certainly less efficient than management by fiat (even though all of these are most certainly true). No, I mean hard dollars. In fact, by conservative estimates, our values-based approach has “cost” us more than $500K over the past two years—and it’s getting more expensive as we grow. Here are a couple of examples:

So, between this seemingly irrational commitment to unfunded work based on nothing more than “helpfulness” and “generosity,” and a rubric for decision-making that often drives higher costs, how is all this working out at Wheelhouse? In a word: beautifully.

We’re certainly not alone in our focus on values-driven culture. Locally, inbound marketing tools provider Moz has established a thriving business and vibrant culture based on what they call “TAGFEE” (Transparent & Authentic, Generous, Fun, Empathetic, Exceptional). In a more recent development, Google just completed a four-year study into what makes their highest performing teams so effective. The surprising answer? Kindness and empathy.

Wheelhouse is a work in progress and I would be less than honest if I didn’t acknowledge that there are days when it feels like we’re at risk of falling short of our aim. But we pursue our values every day and, on most days, Wheelhouse is a workplace imbued with authentic warmth and joy. And, on the rare occasions when we feel adrift, when the choices aren’t clear, the room is tension-filled and joy cannot be felt, our values show us the way back. And that, I am certain, will be enough for this grand experiment to continue to be a success.

17 responses to “The Story of Wheelhouse”