A couple of weeks ago, we mentioned that Google is planning to target sites developed for smartphone users in an upcoming algorithm update. There are several articles on Google that explain what webmasters should look out for, so we developed a take-away version for time-crunched readers. Advice regarding the update covers two main points: 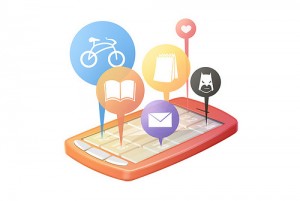 Make sure your site’s content is optimized for smartphones

• If your content isn’t properly configured for smartphones (media playback issues are a common error, for example), you may get penalized in mobile search rankings. Depending on the nature of your site, optimization could require many alterations or just a few. Many sites have chose to optimized by creating separate URLs for smartphones and desktop users. If you employ two URLs, be sure that they point to each other so that the Googlebot Mobile (Google’s mobile page crawler) knows where to go.

• You can also avoid dealing with smartphone/desktop versions of sites by using an RWD (Responsive Web Design) format. (http://blog.zobristinc.com/google-optimize-your-site-for-mobile-or-else-be-penalized/) An RWD design allows a site to adapt to various formats, a technique which has also been endorsed by Google.

• If you have created separate URLs for smartphone and desktop users, make sure that smartphone users accessing your desktop page are redirected to the mobile page rather than given a 404.

• In the case of a desktop (or feature phone) redirect for smartphone users, make sure that the redirect points to a smartphone-optimized version of the same page.

• An additional tip that may score you Google brownie points is allowing users to bypass redirects if they so desire (i.e. mobile phone users can choose to access desktop versions and vice versa).

How have you handled smartphone optimization for your site? Leave us a comment and let us know!

One response to “A Summary of Google’s Smartphone Algorithm Update”