Reflecting on Generosity Day: Why We Partnered w/ Growing Veterans 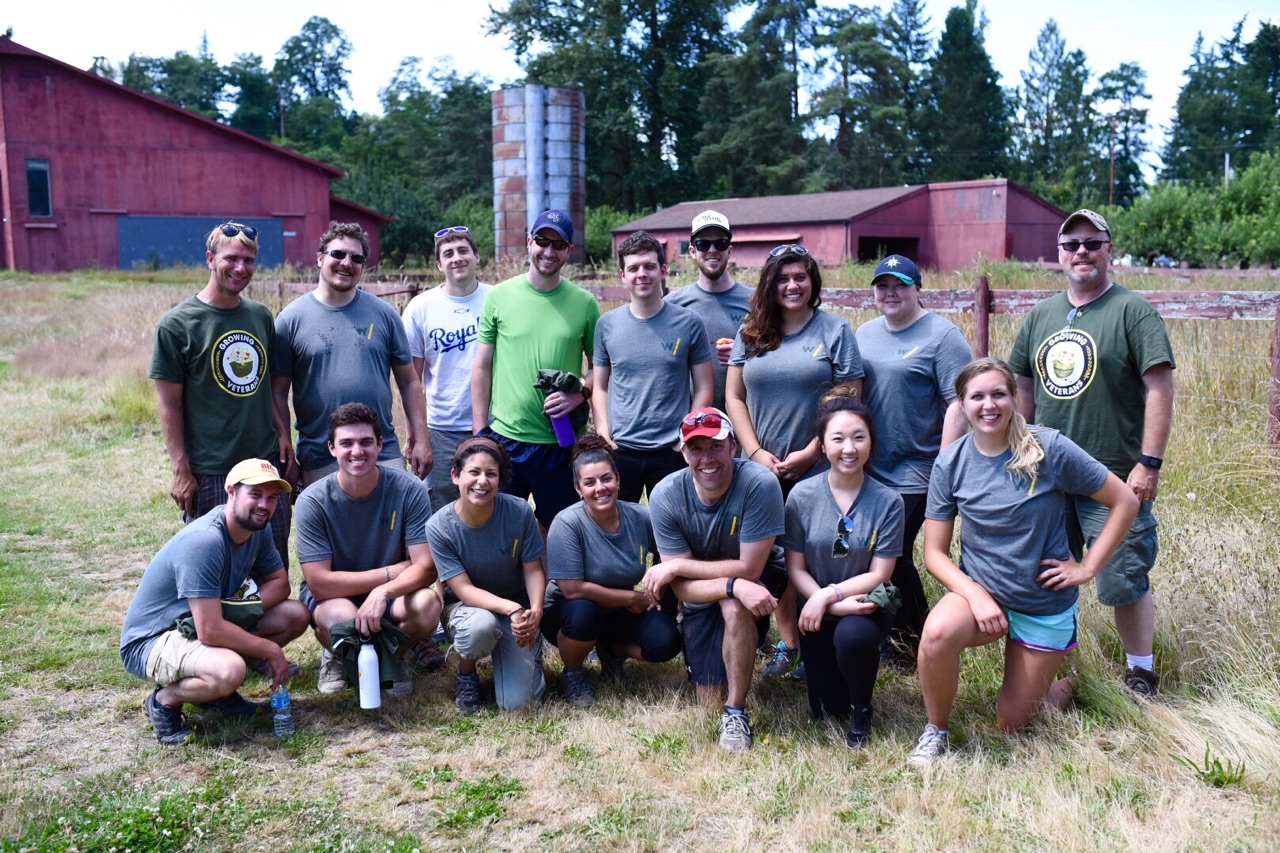 Our Senior Paid Search Analyst David Creatura (not pictured, but behind the camera) reflects on our most recent Generosity Day and his personal connection to veterans growing up in a military family.

When I accepted my job at Wheelhouse in December, I learned early on that generosity was an important pillar on which the company was built. I have witnessed this value in action routinely throughout my time here—it’s not just a word in the company handbook to be glossed over and ignored. I like to think that my mother (and father, but I’ll save something flattering about him for another blog post) was kind enough to pass on this value to me. So, to be part of a company that prioritizes fostering this shared value amongst its employees is refreshing.

From the Wheelhouse Joy Fund to previous Generosity Days, we embrace generosity at Wheelhouse—above and beyond our quarterly days of service. I’m fortunate to co-chair our Generosity Committee, which works on selecting the Generosity Day partner organizations. This quarter, after navigating through a number of great opportunities and organizations, we landed on Growing Veterans, a fantastic non-profit that matched up perfectly with our core values.

Growing Up with Generosity 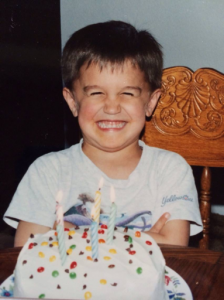 We found this picture on David’s Facebook. His mom tagged him.

My mother was born in Tokyo, Japan, the daughter of an American soldier (affectionately referred to as “Big Matt”) and a 4’11” Japanese woman named Midori. Back in the 1960s, they were not the typical-looking family you’d see in ads during a commercial break for “Gilligan’s Island”—especially since my mother was one of nine children and the widescreen television necessary to fit the entire family in the picture was about 25 years away from existing.

My mother’s family settled in Tacoma, Washington after jumping around with the military from Germany to Kansas and beyond. Each morning, my grandfather would wake up before the sun rose over Mt. Rainier and pour a cup of Folgers before driving in his Vanagon to a hard day’s work at the West Coast Grocery’s frozen meat plant. Perhaps if he was providing for a smaller family, life would have been more luxurious. But there were 11 souls underneath their roof and, beyond toothbrushes, everything was shared amongst the family. To say my mother had generosity ingrained in her at an early age would be selling it short (you try configuring nine kids comfortably in a Vanagon for an annual road trip to Bozeman, Montana).

Why We Chose to Work with Growing Veterans 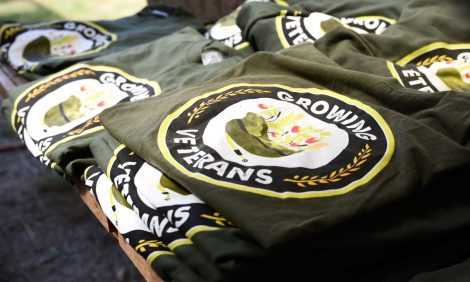 With 4th of July around the corner, the spirit of red, white, and blue was on our minds as we looked for our next Generosity Day partner. Generosity Day presented an opportunity for a different perspective on patriotism—a form of appreciation for our country that would reflect our values. An opportunity came about to work with Growing Veterans, a nonprofit started by an Iraq and Afghanistan veteran, and we knew it was the perfect fit. Growing Veterans uses sustainable agriculture as a non-traditional approach to veteran reintegration.

We are fortunate enough to have a veteran in our office, the irreplaceable Roy Hodges, our VP of Engineering and Technical Services. Whether through our connection to Roy, to family (such as mine to my grandfather), or to friends (and other Americans) who have bravely served, we all felt a strong connection to the cause.

A Day on the Farm

We were greeted at their Auburn farm location by John Knox, a Marine Corps veteran, and other veterans who would work beside us throughout the day. It was not an especially cool day, so to see the commitment of the veterans was humbling. We headed out as a group to harvest kale for a local food bank and collected 90 bundles in under an hour. A Vietnam vet, Skip, managed to outwork all of us despite temperatures in the 80s and a visible back brace. Our team then split up to tackle the day’s remaining tasks: seeding, weeding, clearing rocks and debris, and other small chores that needed doing.

Growing Veterans and its volunteers were recently profiled by the University of Washington, in Seeds of Hope. I encourage you to read and watch the videos, not only to learn about who we worked with, but why we are humbled to be associated with them as volunteers and fellow citizens. Sean Dalgran, an Air Force veteran profiled in the piece, enjoyed working with Growing Veterans because of “the people, the hard work, and actually doing something in the day and seeing some sort of accomplishment.” It was at the end of the day, when John began checking off all the tasks that we had done, that we could wholeheartedly confirm Sean’s assessment. We met incredible people and had the privilege to work with them; the work was satisfying and difficult, and we were able to prepare a substantial bounty of fresh produce for food banks and local farmers markets.

But we still felt like we could do more with Growing Veterans, which is why we look forward to continuing our relationship. In a few weeks, several of our Wheelhouse team members will return to their Auburn farm to help construct a new gazebo resting space—and we’re excited to make our partnership with Growing Veterans a routine activity. While we’ll not be piling our entire company into a Vanagon for our return trip to Auburn (widely adopted seat belt laws prevent us from attempting the excruciating team-building exercises my mother’s siblings enjoyed), we will be honored and humbled to work alongside the people of Growing Veterans once again.

How does your company act on its values outside the office? We’d love to hear about it. Leave a comment below or tweet us @WheelhouseDMG!