Using the Curious Appeal of Lists to Your Blogging Advantage

The Power of Lists

The human fascination with lists is used to full effect on many popular blogs. Consider the widely Tweeted and Facebooked Thought Catalog, whose articles are overwhelmingly presented in list form. The Huffington Post is no stranger to features of the “10 best…” format either, and even the New York Times blog hops on the trend occasionally. Perhaps the list format is not the most sophisticated form of journalism, but its simplicity makes it eminently readable and therefore appropriate for blogs of any theme, tone, or audience size. Most importantly, a well-executed list has great potential to go viral, which can give your site’s traffic a healthy bump. 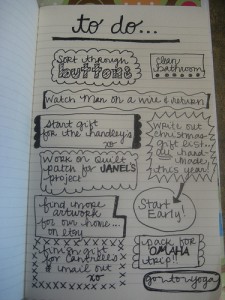 
Allow me to get a bit meta and run down the components of a good blog list.

1. Choose the right number
There are no hard and fast rules for the number of items that should be in your list. Generally speaking, blog lists tend to be greater than four and less than sixteen, but exceptions are often made, particularly if each entry on your list contains only a sentence or two of text. If you are writing about something that relates to a specific number range, try to tailor your list number to the content (e.g. 33 books to read while you’re in your 30s). This kind of symmetry is memorable and appealing. Outside of these guidelines, though, don’t worry about choosing an odd number over a more traditional one (say, 7 over 10). Whichever number doesn’t force you to drum up uninspired content is the right one.

2. Remember your bullets and numbering
This seems like a no-brainer, but it’s often overlooked. Without a marker alongside each item, your list starts to look like a diced up essay.

3. If your list entries are longer than a sentence, include titles
This is mostly relevant if your list consists of ideas rather than objects. It’s not necessary to title each entry if they’re only a sentence or so (here’s a good example). Otherwise, be sure to include a heading or title for each item. The heading should summarize the entry in a few captivating words.

4. If your list is long, include pictures
A bonus feature of lists is that they break up your content, reducing visual monotony. However, lists that require several page scrolls may seem text heavy without a graphic or two. Try to add pictures to each item, as using graphics inconsistently can cause a reader to skip over text-only items. 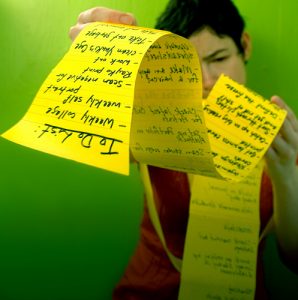 5. Go out with a bang
The last item on your list should contain your snappiest content while serving as an appropriate ending point. Ideally, you want to finish with an entry that builds on the rest of your list while adding some food for thought. Just don’t reiterate previous items, lest you leave your readers listless.

What are some of your favorite lists from the blogosphere? Tell us in the comments!